An iTunes for news? Try Spotify for beyond-news.

» People will not pay for news, but for unique journalism
» Sell it as an access-package like Spotify does with music 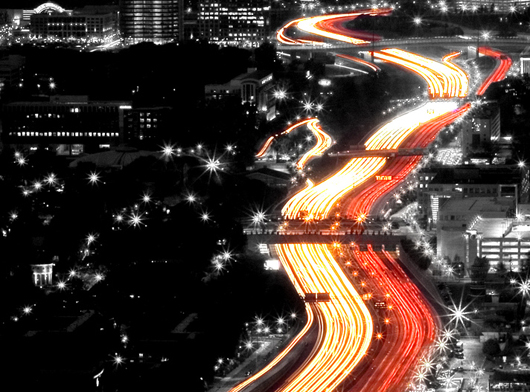 Everyone is looking for a way to make, or at least not lose, money in online journalism. And paid content seems back in the game. Rupert Murdoch and the NY Times are just the biggest to recently hint at going back to paid content. Financial Times editor Lionel Barber recently went as far as to say: “I confidently predict that within the next 12 months, almost all news organisations will be charging for content.”

This has been a heated discussion all the way, and it boils down to two questions. One fundamental, one functional. The fundamental one: Does it make any sense to charge for journalism on the web? The functional one: If so, how can me make this work?

The most common argument pro free is that in the age of abundance, news have no unique value that could be sold to anyone. If a news outlet chose to charge for a piece of news information, people will get it from somewhere else – for free. No doubt about that. They will not get it from somewhere else, however, if there is no such other place. Therefore, we must ask: What is news, and thus reproducable? And what is more than news, thus unique? News, in very simple terms, is something thus far unknown becoming known. The last time we checked, Michael Jackson was alive. Now, he no longer is. That’s news.

Someone will get the news first (by accident, from hard work or because some PR-guy chose him as his channel of choice), but from then on, anyone can reproduce it with no loss of information. Most people will not learn the news from the initial news breaker, but from other news websites, from Twitter, Blogs, Facebook, you name it. To break news is not a way to earn money. It is a way to gain attention, to promote your own brand. You are telling people that you are able to bring unknown facts to public. They won’t pay you for that, but at least, some will respect you.

Yet there is a lot of journalistic writing that does not fall into that category. That goes beyond what’s news. Reportages, analyses, columns, interviews, opinion pieces. You can still extract and reproduce key sentences from those pieces of writing, but the reproductions do not give the same amount of insight as the original does. The atmosphere is missing, the train of thoughts or the dramaturgy. In other words: These are unique pieces of writing. This is what you can charge for as a media outlet.

So, very simple rule: Publish something exceptional, be excellent, and people will want to read it. At a price, that is.

Now, how can me make this work? For users, potentional readers. And for those who pay for the production of content, for that matter.

First and foremost, we need convenience. Initial interest in a product, an article here, rapidly drops below the critical line when paying for it is too complicated. Single media outlets cannot solve this by their own, not even large media networks can, because unlike with physical newspapers and magazines, people do not only read a handful of news websites they would subscribe to.

I regularly read a few dozen news websites, i.e. I check their sites or RSS-feeds actively. But thanks to the mighty thing called hyperlink, and many good recommendations via Twitter, Facebook or Google News, I read, at least theoretically, all news websites in the world.

If each of them had its own subscription model, it would be a terrible mess. Never would I subscribe to a model just to be able to read one single article on a website that I came across via a link (ok, never say never; that would have to be one heck of a promising piece of writing, though). Thus, the solution is to have one or more central services that offer micro-payments for various websites. We’d charge our account, say our Facebook-account, and if we want to read an article, we’d log in via Facebook and pay some cents. Clean and simple one-click-solution.

This is basically what has been promoted as an “iTunes for news” (although, remember, I argue that you cannot sell news, but anything that goes beyond it). The argument: If we had 1) a centralised tool with great user experience that 2) charges very little amounts for exactly, and only, what we want to read at a given time, people will pay for journalism.

Looking at the music industry, I’d go one step further. Why not invent a Spotify for beyond-news? Spotify charges its users a monthly fee for unlimited access to a vast music database. This is the paid model I believe is best for written content. Not having to pay for every single article, but rather for a package of access, will lower the barrier to read articles. We do not want our readers to think twice before they read our texts as they would in the “iTunes for news” model. Content producers would get their revenue-share according to how many people have read their articles.

A reading client like “Spotify for beyond-news” offers a variety of possibilities that go well beyond mere payment for content. We can see what content is trending, what authors are considered trustworthy, what media are good on which topics. We could even create and share “playlists”, like, say “Understanding the Middle East conflict” or “Chinese business in Africa” that would contain user-picked sets of articles (or, to borrow from iTunes: articles that are added automatically to a playlist based on a set of rules defined beforehand, like “everything that is both about Tech and Sports”). All of this would promote transparency and quality of journalistic writing that goes beyond the spinning news cycle. Eventually, this strengthens the value of truly unique writing. To the benefit of readers and content producers.

Hello, nice to meet you. I'm David Bauer, a curious generalist. I love complex issues and helping people navigate them. I build products and teams. I craft stories and strategies. I always look for dots to connect. Learn more →